TIE me UP! TIE me DOWN! NEVER LET me GO! 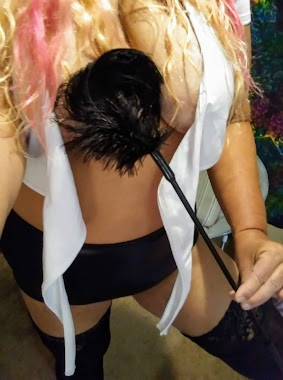 Tickle! Tickle! Just why do you love it so much? I get called for this kind of Simple Domination more often than anything else. The tools required are easily accessible and it doesn’t take much planning. The smallest woman can Domme the largest man with this uncomplicated way of showing someone who’s Boss, if that someone is ticklish, of course. Obviously if you’re not it doesn’t work for you. For people who are, it can do many things. Most crave that intense, uncontrollable laughter. The feeling can be Orgasmic. Many are taken back to Childhood days when cavorting with their parents was wild, carefree and full of Unconditional love. All you need to induce That Raucous Reaction are a few readily obtainable items like Feathers and Vibrators, but really your fingers are enough to do the trick. Just dig into those ribs, those knees, those toes and Watch them Go!

Now that I’ve educated you about why you’re such a fun-loving freak, Let me tell you about my time spent with a ticklish sub from Malmo, Sweden. When we spoke on the phone his lilting accent made My Spirit sing. If nothing else, I am auditorily inclined. It’s been said that women are turned on by what they hear and it’s true. I was wired and flying high over the energy his voice inspired. He described himself and that was pretty exciting as well. I couldn’t wait for the moment to arrive. The plan was straightforward, elementary. He wanted to be tied up and titillated until he couldn’t take it one more second. The Challenge: How long would he last? I made it my Mission to find out.

He arrived on time. He left his blonde hair hanging loose, as instructed. I adore men with long hair. I was proud of My good pet for obeying My first command. I’m normally into Tall, dark, and handsome but who can deny the beauty of Orlando Bloom as Legolas? Well, Hell! Here he was in my living room. Malmo’s blue eyes twinkled while he waited for directions. He had a body built for fun and I was ready to play. You know the old saying, “The bigger they are, the harder they fall?” Timber! This towering hulk of handsomeness was about to discover why I am the Queen of Mean. There’s just something Thrilling about bringing a big, strong man to his knees. Once you’re tied up and under my Control, there’s not a damn thing you can do to stop me. (Except safe word). Winking at my new prey, I said, “Walk this way.”

I led him to My torture chamber to be shackled. I ordered him to lay face up on the satin sheets, arms and legs spread wide. In a matter of minutes mister buff was all Cuffed up. My New Toy! Oh boy! I fanned his platinum locks behind his head so I could thread My hands through it at My leisure. I studied the pretty picture he made, splayed for My pleasure. His sea blue eyes stared at me, wide with anticipation. His chiseled abs tapered to a Sexy V. I could feel the Animal building in Me, pacing to be Set Free. His muscled thighs and toned legs led to tasty Niblett toes. He was a veritable buffet for someone like Me. It was My turn to chuckle as I put My plan into Action.

I chose My Ostrich feather, chain tickler, several vibrators and best of all, I had My talented fingers. Time to unleash the whirlwind. I started with the feather, teasing his body from head to toe. I switched things around, as I dangled the metal chains of the tickler along his delicate bits. Variety is the spice of life, so I delight in delivering differing degrees of Sensory Sovereignty. Digging my fingers into his armpits, his knees, his delicious ribs, I turned up the heat and the taste was Sweet! His nipples, his toes, his groin, his balls! I tortured them all! Tickle! Tickle! Wince and Wiggle! He twisted and turned like a Swedish worm. Sliding and Gliding over the sheets, no matter how he tried there was no Escape. This was his fate. He made his bed, and it was too late.

As he cackled and roared, his hard cock soared. It rose higher and higher, lighting My fire. He moaned and groaned, giggled and jerked. His body twisted in a helpless twerk. Then his whispers turned to screams as I fulfilled his secret dreams. I stroked his dick with one hand while I fingered the arches of his feet with the other. When I placed vibrators against the backs of his knees and in the crack of his ass, it was more than he could stand. Shriek! Shriek! Rant and Flow! Poor pet Malmo. He begged, “Mistress Victory! Never Let me Go!” before exploding like a Volcano! Now relieved of all his stress, I made My sub clean up the Mess. He had passed his tickle test so he earned a little rest. After care in a cuddle as he melted in a puddle. I stroked his hair as we snuggled and thanked My sub for his struggle.

Thank you for Reading my Salacious Tale of Sensual Damnation. Hopefully this one took you to Heaven. Until we meet again, take care of yourselves and Remember, Karma is a Bitch!

Surrender to My Majesty

Popular posts from this blog

A Couple of boys Come to Play 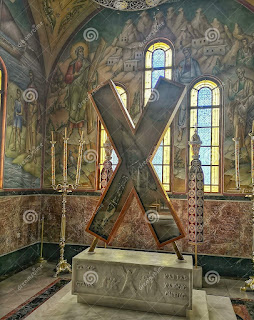 I got a call one day from a couple of boys who wanted to play.  They asked me for a Forced "bi" session.  If you're a guy who would like a dick in his mouth, chances are you're already there.  I cannot force someone to be bisexual but I understood what they wanted.  They were tempted by their desires but would not permit themselves to light those fires.  Neither knew the other but they asked around the same time, so I devised a plan so Fine.  Let me tell you about the day I set up a play date between two of my subs while I conducted the affair.  Welcome to My Lair.   When the bell rang, I opened my door to find them shifting from foot to foot. looking at each other warily.  I snapped, "Do not say a word and Come Inside ." They obeyed, dropping to their knees as trained. They were my most Oral slaves.   Over and over, session after session, they begged me to put dildos in their mouths as I punished them. Today they were going to try the real thing and they we
Read more

ON THE EDGE OF A KNIFE 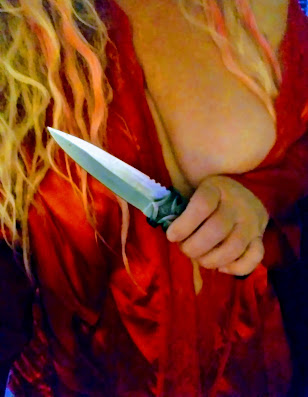 Welcome to another story from My Wild and Wonderful Life! This is what it’s like when you Live on the Edge of a Knife. I adore the art of Role Play. Games people Play are how I make My Way. I got a call from a guy who wanted to give it a try. When you have been a Pro-Domme for as long as I have you run across some common themes. FEAR! That’s a big one. Some people need that Thrill. That adrenaline flow that sings through your veins when Fear takes hold. They crave it in their very Souls. You know what else this newbie said? He wanted to be taken advantage of, Manipulated; forced into a Situation that he must Survive. He must submit to stay Alive! Music to My Succubus Ears! I designed a Scheme to bring that Zing, a Moment of Fear to last him for Years! Knife Play was the Theme of the Day. I suggested he wear clothes he didn’t mind losing. This is what I told him to do: “Ring the Bell precisely at Nine. I’m gonna give you your opening Line. We will pretend there’s a raging storm outsid
Read more